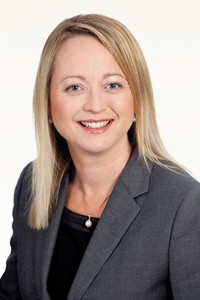 Michelle commenced her career in 1989 as an auditor and continued in this role until 2002. Michelle’s audit experience includes managing the audits of public, private and foreign owned companies operating in the mining, manufacturing, publishing, telecommunications, construction, wholesale, retail and franchise industries. During this time Michelle was also involved in commercial transactions including initial public offerings and capital raisings and the preparation of due diligence and independent accountant’s reports.

In 2002, utilising her audit, financial, analytical and investigations experience, Michelle specialised in forensic accounting and business valuations. During the period 2002 to date Michelle has frequently been instructed:

- as the independent expert on commercial litigations and arbitration matters, providing evidence in the Federal Court and Supreme Court of NSW on numerous occasions;

- as the consulting expert to assist the legal team throughout the litigation process, including:

- as the jointly appointed or Court appointed expert in disputes between parties.

Michelle is regularly engaged to provide independent expert opinions or consulting services in respect to the application of Accounting Standards and Auditing Standards, public company financial statement disclosure and accounting for transactions in respect of audit negligence and directors liability matters.

In most recent years Michelle has been instructed on litigation matters concerning:

Michelle is one of the few independent audit experts and is regularly instructed by lawyers acting for either the applicant or the defendant to provide her expert opinion on audit negligence claims. In recent years these matters have included:

Michelle provides independent expert and consulting services in respect to the application of Accounting Standards, public company financial statement disclosure and accounting for transactions. In recent years these matters have included:

Quantification of Loss and Valuations

Please contact Michelle Jennings-Jones for a copy of her curriculum vitae.